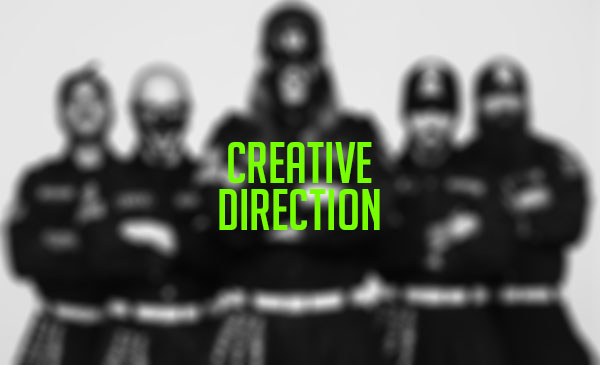 Colin Scott gave a tip in the Lords of the Trident video that a band needs a gimmick to stand out from the crowd, for example, dress up and sing pirate-themed songs. There are some successful bands doing exactly that, but there is a better example.

Rise of the Northstar has a clear creative direction and a good “gimmick”.

Rise of the Northstar is a French heavy metal band from Paris. Formed in 2008, the band combines heavy metal, hip-hop, and hardcore punk with Japanese pop culture influences. wikipedia

You can see how they were developing their visual style and performance over the years. In these two videos, the band describes their vision and process.

We see in Protect Ya Chest (2011) that the vision was there from the very beginning and The Legacy of Shi (2019) shows how well it all came together.

Even the thumbnail of The Legacy of Shi shows what the band is about.

The visuals are more important today than it ever has been. The majority of people discover new music via visual mediums: Instagram, YouTube and now TikTok. A right visual representation of a band makes it easier to fight for the listener’s attention. Consider hiring a creative director who can help you develop the imagery that conveys emotion and message of your music.

Other bands with a great creative direction: